Red Cross on a white background, is the Emblem of Red Cross, recognized in 1864 as the distinctive sign for medical relief teams on the battle field. 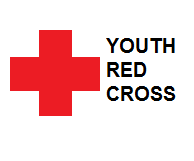 About
The Indian Red Cross is a voluntary humanitarian organization having a network of over 1100 branches throughout the country, providing relief in times of disasters/emergencies and promotes health & care of the vulnerable people and communities. It is a leading member of the largest independent humanitarian organization in the world, the International Red Cross & Red Crescent Movement. The movement has three main components, the International Committee of Red Cross (ICRC), National Societies and International Federation of Red Cross and Red Crescent Societies. The Mission of the Indian Red Cross is to inspire, encourage and initiate at all times all forms of humanitarian activities so that human suffering can be minimized and even prevented and thus contribute to creating more congenial climate for peace. Indian Red Cross Society (IRCS) was established in 1920 under the Indian Red Cross Society Act and incorporated under Parliament Act XV of 1920. The act was last amended in 1992 and of rules were formed in 1994. The IRCS has 36 State / Union Territories Branches with their more than 1100 districts and sub district branches. Honourable President of India is the President and Hon'ble Union Health Minister is the Chairman of the Society. The Vice Chairman is elected by the members of the Managing Body. The National Managing Body consists of 18 members. The Chairman and 6 members are nominated by the President. The remaining 12 are elected by the state and union territory branches through an electoral college. The Managing Body is responsible for governance and supervision of the functions of the society through a number of committees. The Secretary General is the Chief Executive of the Society.
History
During the first world war in 1914, India had no organization for relief services to the affected soldiers, except a branch of the St. John Ambulance Association and by a Joint Committee of the British Red Cross. Later, a branch of the same Committee was started to undertake the much needed relief services in collaboration with the St. John Ambulance Association in aid of the soldiers as well as civilian sufferers of the horrors of that great war. A bill to constitute the Indian Red Cross Society, Independent of the British Red Cross, was introduced in the Indian Legislative Council on 3rd March 1920 by Sir Claude Hill, member of the Viceroy's Executive Council who was also Chairman of the Joint war Committee in India . The Bill was passed on 17th March 1920 and became Act XV of 1920 with the assent of the Governor General on the 20th March 1920 . On 7th June 1920 , fifty members were formally nominated to constitute the Indian Red Cross Society and the first Managing Body was elected from among them with Sir Malcolm Hailey as Chairman. Indian Red Cross Society is a member of the International Federation of Red Cross and Red Crescent Movement. Relations between the IRCS and the India Delegation of the Federation are strong. Indian Red Cross Society has partnership with National Red Cross and Red Crescent Societies, St.John Ambulance, International Federation of Red Cross and Red Crescent Movement (IFRC), International Committee of the Red Cross (ICRC ), Multinational firms. Individuals and others in supporting IRCS activities. It also coordinates with Indian Government and other agencies ( UNDP, WHO etc )
Himachal Pradesh State Branch
Sh. Rajesh Sharma, IAS Secretary to Governor & General Secretary, Himachal Pradesh State Red Cross Society. Red Cross Bhavan, Barnes Court, Shimla - 171002.
STD Code: 0177 (O) 2621868
Branches : 12 Sub Branches: 51
E-mail : hpstateredcross@gmail.com